Last month, we mentioned a few issues responsible for slowing down the project and the timeline. Throughout these weeks we worked on solving those points and starting off the production. We have finally completed the last tests to verify that everything was okay, so that in the next few weeks, by the end of March, we expect to start the production process.

What happened: mass production involves a series of issues that brought us to reconsider the technical design of a few pieces, so to allow the best efficacy of moulds and the pieces that are going to be molded.

Modules: we had to reconsider both modules and divide them up in several pieces that will be assembled later. Also, we had to and wanted to separate the modules from the lid: this means that the piece responsible for pressing the 120 roll and the piece which allows the cutting of the 35mm film, are both integrated in the modules. Moreover, to avoid the possibility of light leaks in case of high light, we have also redesigned the profiling of the modules edges. 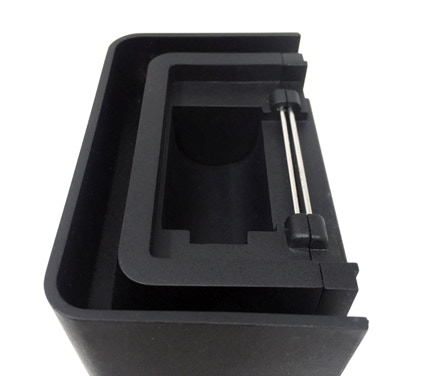 Lid: the standard lid has also undergone some change: now, the closing, the filling and the emptying of the chemicals are much faster and easier. 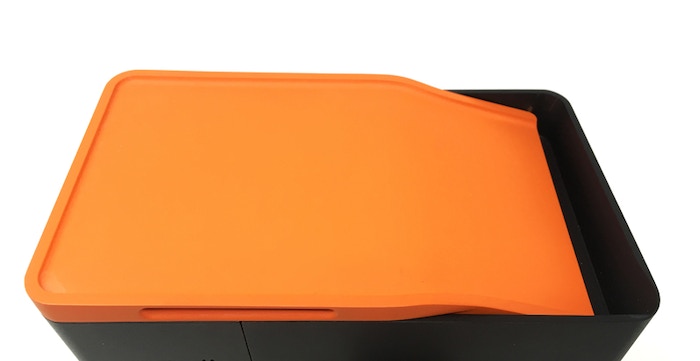 Reels: this was the edit that has taken the most time and involved the biggest improvements: after several tests, we needed and wanted to take time to improve the spirals performance. Lab-Box came as a tank to develop film in constant agitation (we made even easier through the use of the crank accessory). However, we want Lab-Box to also be used to experiment non-continuous agitation (intermittent, stand, semi-stand, etc.). For this purpose, we wanted to optimise the design of reels: first of all, we realised two different reels, one for 135 and one for 120, adjusted on the film format features. Moreover the new design generates a better flowing of liquids improving the evenness of the development.

Gasket: the gasket is a fundamental part of Lab-Box, as it prevents liquids from leaking during development. On this point, we had to spend more time than expected in finding a performing material. The latest prototypes seem to finally work very well.

Timeline: Kickstarter and the people who take part in it give the possibility to small-medium realities, such as ars-imago, to propose projects that would have otherwise been impossible. The realisation of Lab-Box has always been a dream to us. Honestly, we were not expecting such a result.Have we underestimated the project? We certainly underestimated its potential success, and we are sorry for that! Our fault was not to imagine that we would have to produce 10 times what we were expecting and planned for. We are facing this unprecedented task with the utmost seriousness and enthusiasm, only asking you to comprehend and believe how the organisation could be complex and delicate of the production of thousands and thousands of pieces. Especially when this kind of product has never been produced in the past 40-50 years.

We are very sorry for the delay and we understand your frustration and disappointment. We only want to restate that we are taking all the time necessary to realise a great product, putting quality first. At the same time, we are doing everything in our power to deliver your rewards as soon as possible. In the next update, we will be able to give you a new due date, as soon as the production has full started. However, we want and estimate to send out your rewards by the end of this summer.

We will keep you posted, thanks again for your patience and support.